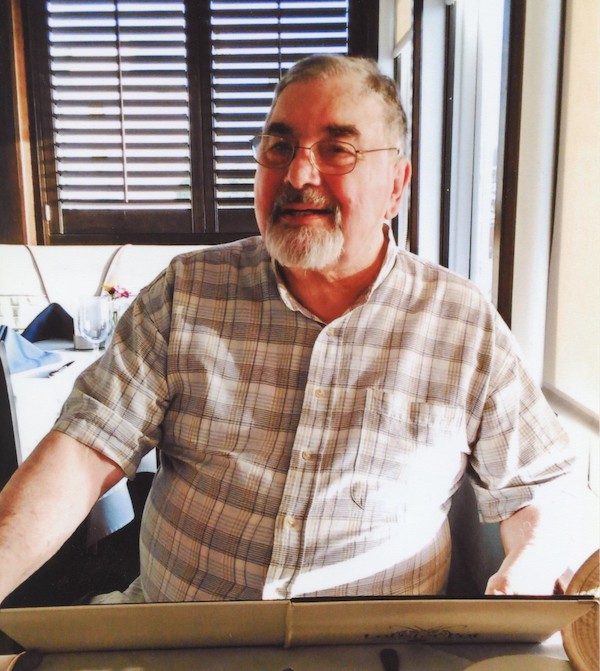 Over 50 years ago, when C.W. Sulier invited several Lexington philanthropists to come together to discuss establishing Blue Grass Community Foundation,
Evangelos (Angel) Levas was at the table. In fact, he provided the table.

Angel, a personal friend of the Suliers, was also proprietor of Levas Steak House, a popular restaurant in downtown Lexington. Angel embraced the idea of a community foundation to support local causes. He served on BGCF’s original board of directors for many years, and recently, established a new permanently endowed designated fund and legacy fund at BGCF to give back to the community that has been so good to him.

Angel has lived and worked in Lexington all his life. The eldest child of Greek immigrants John and Marika Levas, he started his career in the restaurant business in 1941 — when he was 10 years old. In addition to attending Kenwick Elementary School (where he first learned English), Angel put in substantial hours in the family business — Coney Island Restaurant in downtown Lexington.

“Hot dog buns didn’t use to come sliced,” Angel said. “That was my first job.” Another was taking and delivering orders to the old Phoenix Hotel on Main Street in Lexington, which provided housing for officers in the U.S. military who were attending the University of Kentucky.

“The Coney Island Restaurant never closed. It was open 24 hours, seven days a week,” said Angel. His father, he said, spent most of his waking hours at the restaurant but never failed to come home so the family could have dinner together at 5 every evening. “My father always said the blessing over the meal, and it always included, ‘God Bless America,’” said Angel. “He used to say to us, ‘You children are accidental Americans, but I chose this country.’”

In 1953, Angel and his brother John took over the restaurant. When their parents made a month-long visit to Greece, Angel and John transformed Coney Island Restaurant into the upscale Levas Steak House. “We went from hot dogs to filet mignon,” Angel said.

Angel, a graduate of Lafayette High School, went on to earn a general business degree from UK in 1954. After college, he enlisted in the U.S. Air Force and served as a second lieutenant.

When it comes to giving, Angel says he learned from his parents. Angel’s father often told stories about the difficulties he and his mother encountered when they first arrived in America just before the Great Depression as a young married couple with little money and knowing no English — and about the generosity of those who helped them through.

Angel remains mindful of his father’s favorite saying: “We are here because of someone else. Help when you can.”

Angel’s charitable fund and legacy gift will do just that, benefiting his favorite nonprofit causes for generations to come.

To learn how you can leave a meaningful legacy like Angel and benefit your community forever, contact Scott Fitzpatrick at [email protected] or 859.225.3343.